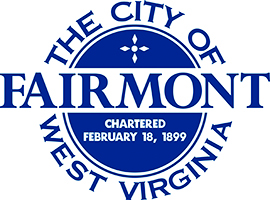 NOTICE
PUBLIC HEARING
ON PROPOSED
ORDINANCE
TO: CITIZENS OF THE CITY OF FAIRMONT:
The Council of the City of Fairmont at its regular meeting held December 17, 2019 introduced and publicly read in its entirety for the first time the following City Ordinances:
1. An Ordinance Of The Council Of The City Of Fairmont Providing For And Authorizing The Purchase Of Those Certain Parcels Of Real Estate Situate In The City Of Fairmont, Fairmont District, Marion County, West Virginia, And Being Parcels 94 And 95 Of Marion County Tax Map 3-1, And More Particularly Described In That Certain Deed Dated November 2, 1995, And Of Record In The Marion County Clerk’s Office In Deed Book 929, At Page 814 From Hallwood, L.C., A Virginia Limited Liability Company; Ratification.
Copies of the proposed Ordinances are available in the office of the City Clerk, Room 312, 200 Jackson Street, Fairmont, West Virginia.
The Public Hearing on the proposed items will be held at 7:00 p.m. or as soon thereafter as the matter may be heard on Tuesday, January 14, 2020 in Council Chambers, at the Public Safety Building, 500 Quincy Street, Fairmont, West Virginia.
Any interested person may appear at the public hearing and be heard as to whether or not said proposed Ordinance shall be enacted. All objections and suggestions shall be heard and Council shall take such action as it deems necessary in the premises.
Given under my hand this the 17th day of
December, 2019.
Janet L. Keller
City Clerk
Times: December 23, 2019